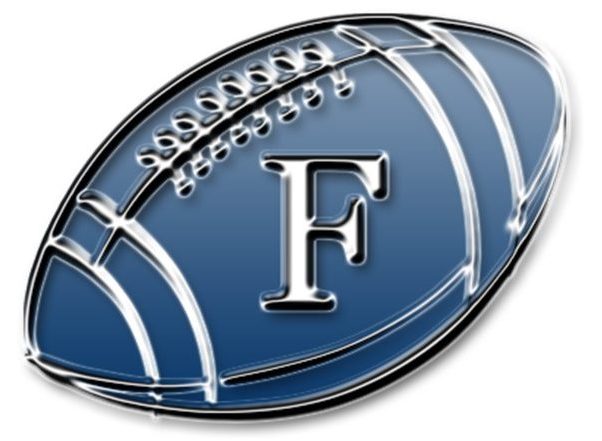 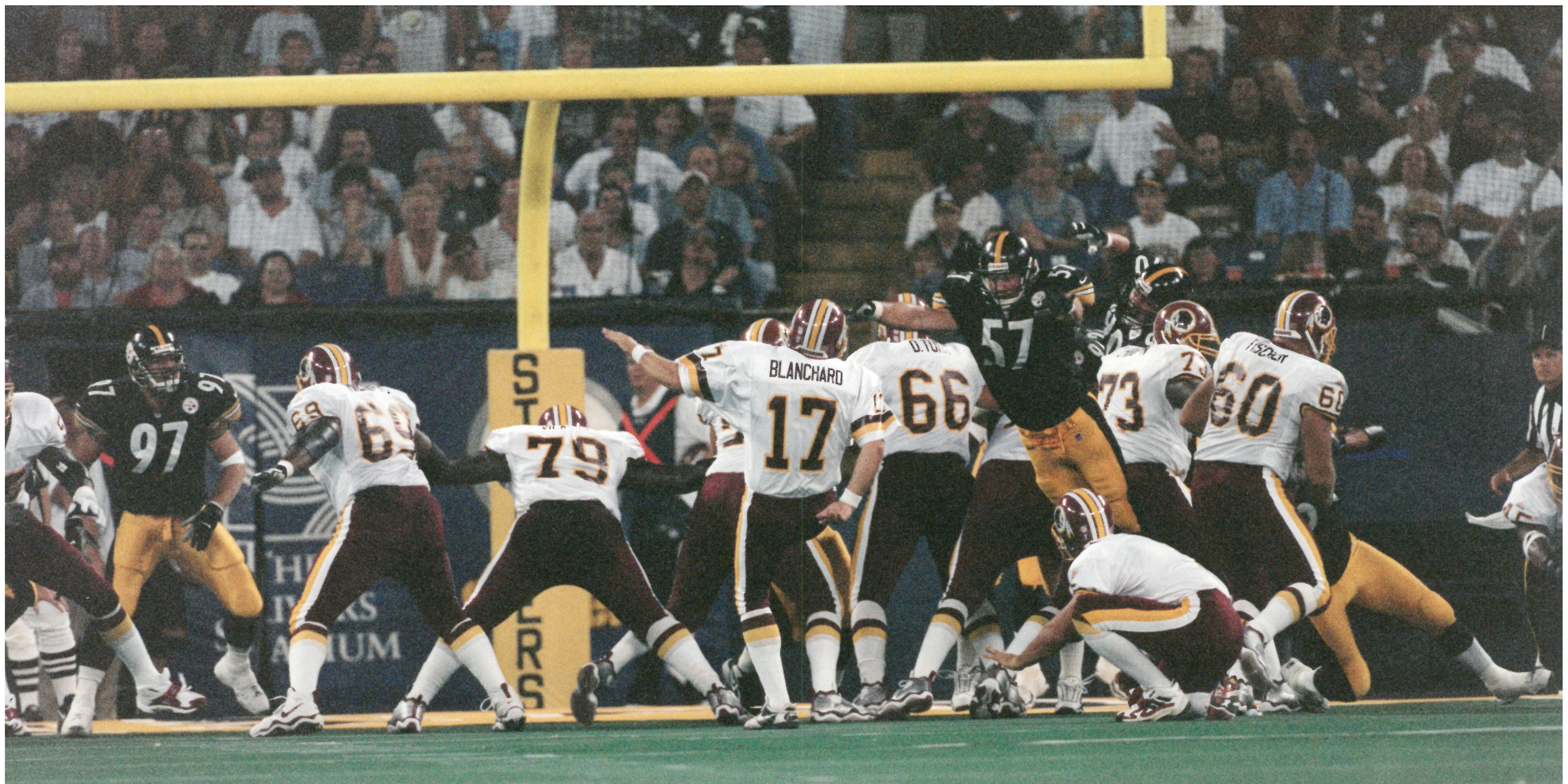 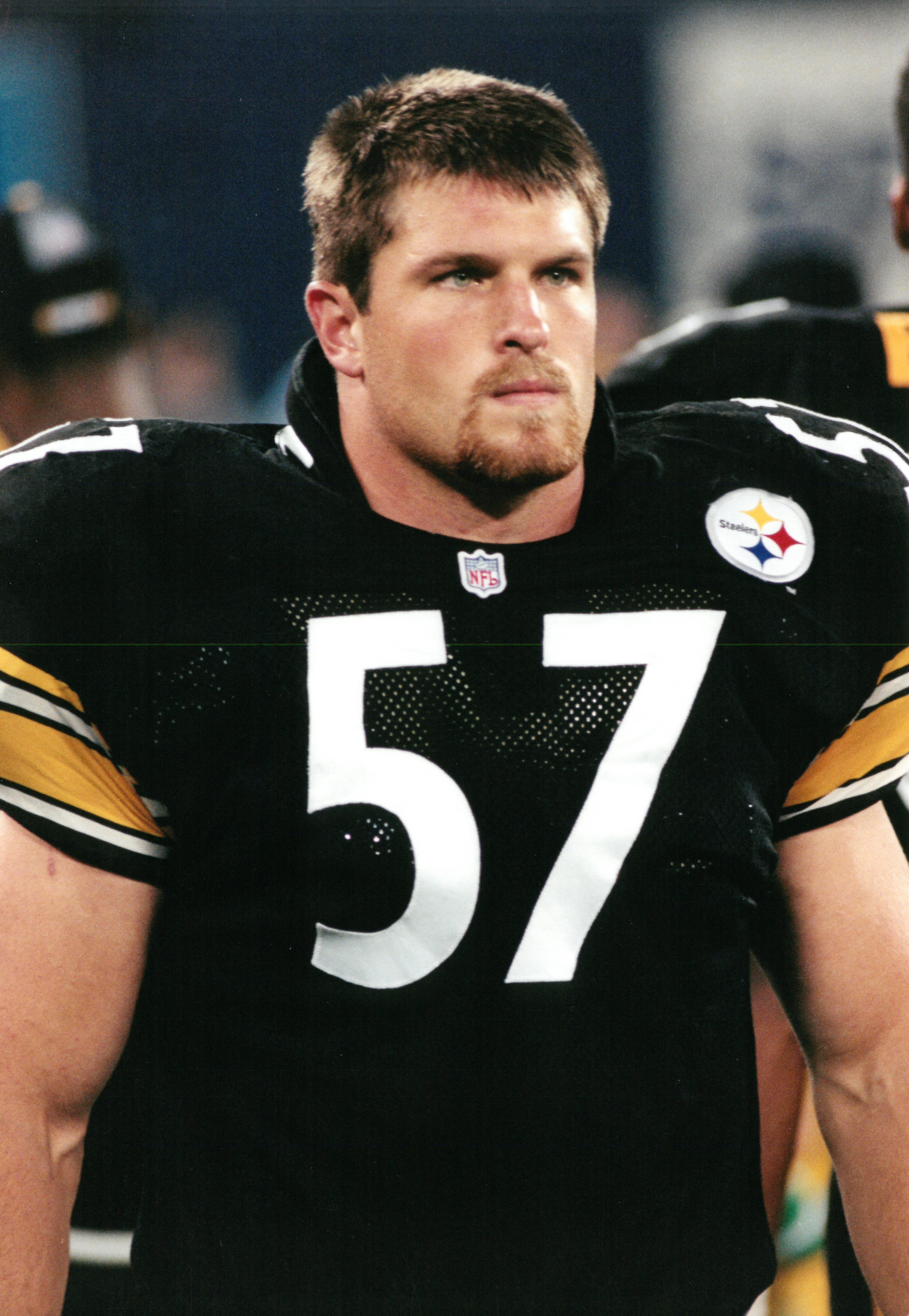 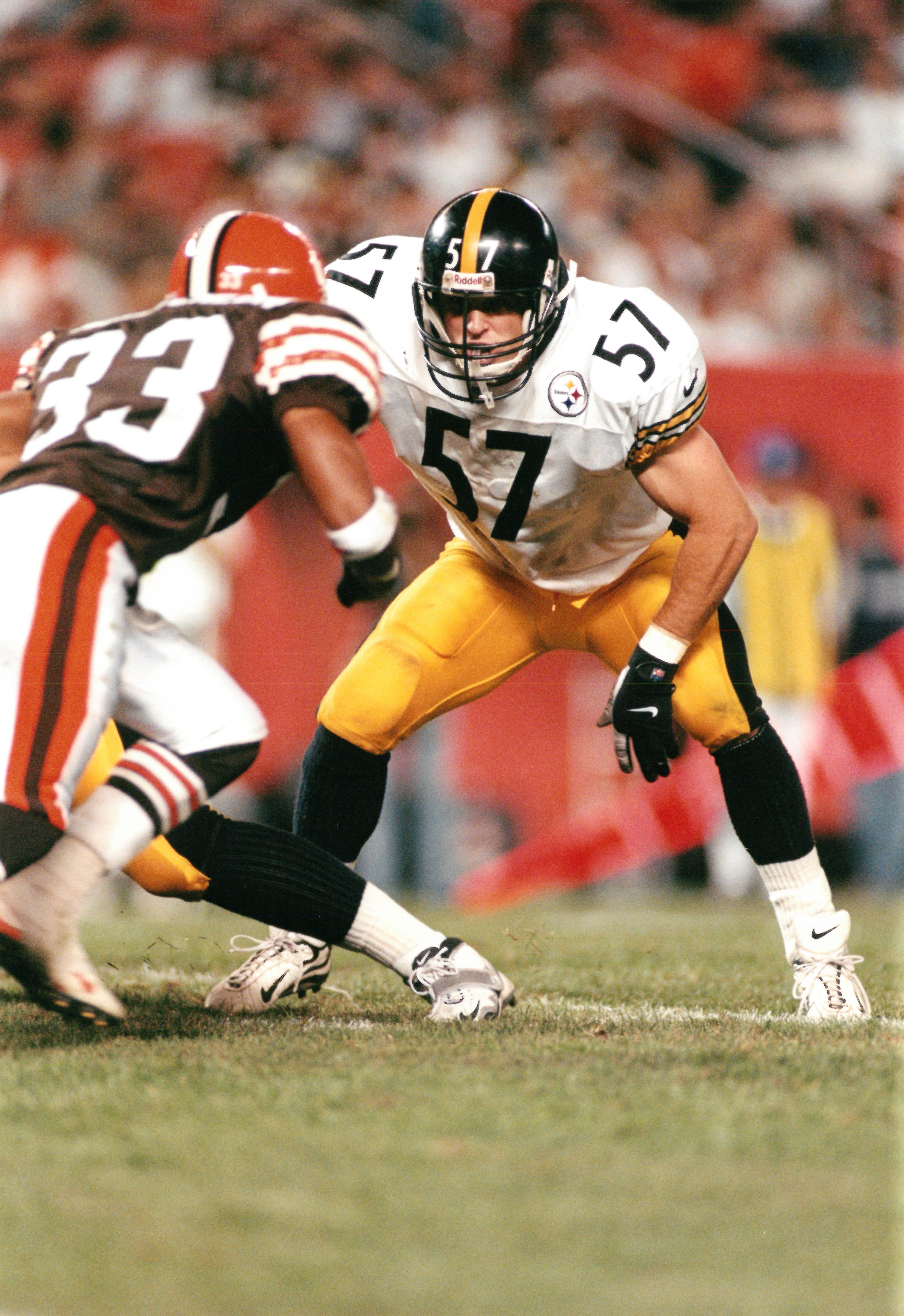 John spent six fantastic years playing professional football with the Pittsburgh Steelers as inside linebacker and special teams player. I started on the practice squad in 1997. Then in 1998, I played mostly on special teams, being the leading tackler with 29. The highlight tackle of this season was a touchdown-saving tackle on Jacquez Green’s 46-yard punt return at Tampa Bay.

In 1999, I was selected by my teammates as special teams captain, the first of four consecutive years I would hold this honor. Once again, I led special teams with 20 tackles (nine solos.)

2000, I was again voted as special teams captain and led in tackles with 22 (13 solo.) There was more linebacker action this year, registering 9 tackles in defensive plays. I was in on the tackle that forced Corey Harris to fumble and led to the Steeler game-winning field goal against Baltimore.

2001 brought another special teams captain honor. I had much more action on defense this year, logging 31 defensive plays. In the AFC Playoff Game verses Baltimore, I played linebacker the second half, registering 4 tackles. I started the AFC Championship Game as linebacker and finished with seven tackles.

2002, I Signed a new three year contract with the Steelers and was elected special teams captain.  I recovered a fumble on a field goal attempt on second down in overtime against the Cleveland Browns. The Steelers had a second chance to kick after the recovery and defeated the Browns. November 24th I suffered a torn P.C.L. and was placed on injury reserves for the season.

During the 2000 season I was voted the “Unsung Hero” by my teammates. This award goes to a player whose work ethic, effort, and dedication to the team is of exceptional quality, yet goes largely unnoticed by the media.

Playing professional football was an incredible experience. You play with, and against, the best of the best. I thrived on the competitive nature of the game at this level and learned the importance of always giving my best and living up to my potential in any given situation. At the professional level, football is intense and a person must be prepared to make instant decisions and act quickly. I learned many lifelong skills from my six years with the Steelers.
Thank you for the photos Mike Fabus 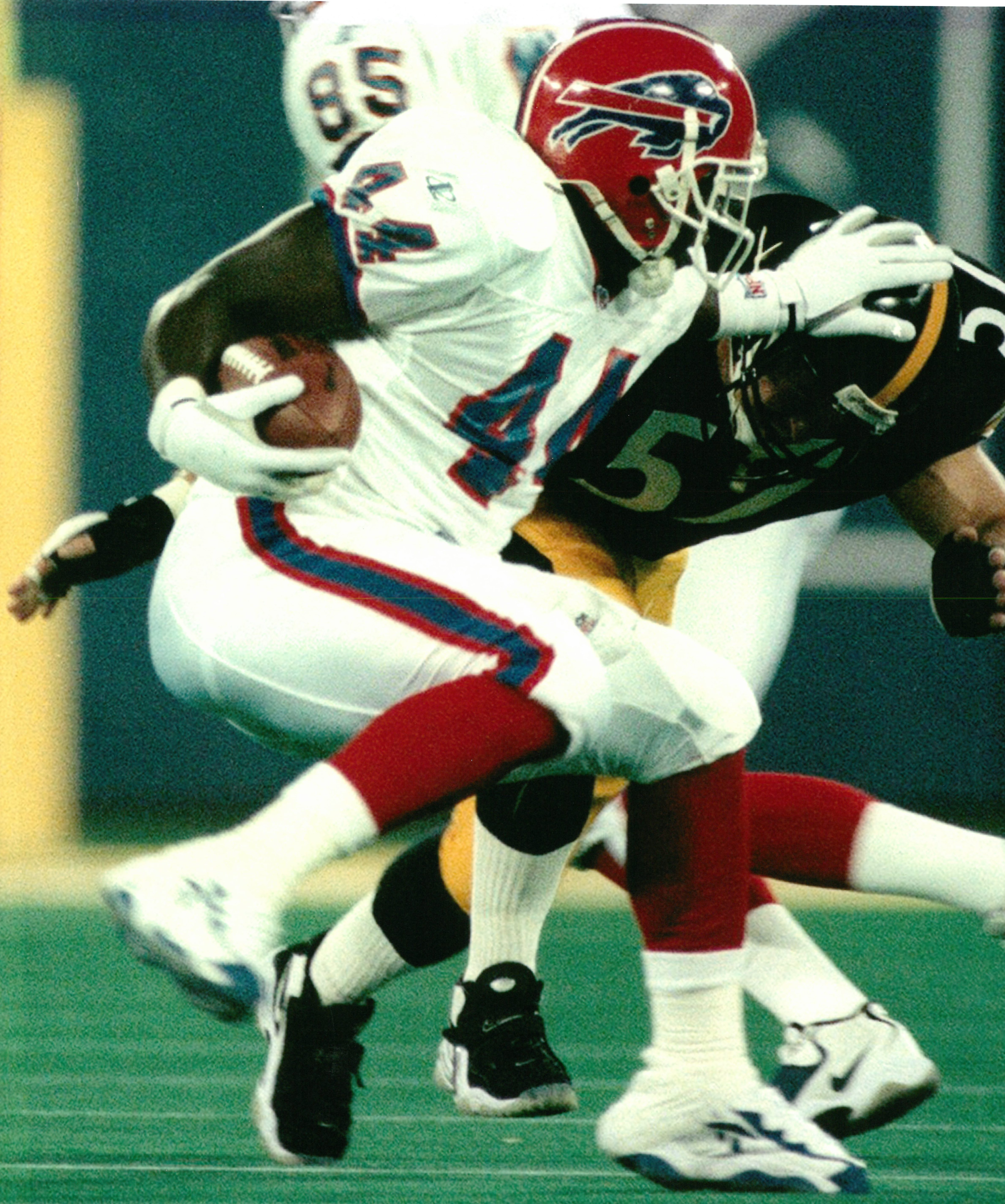 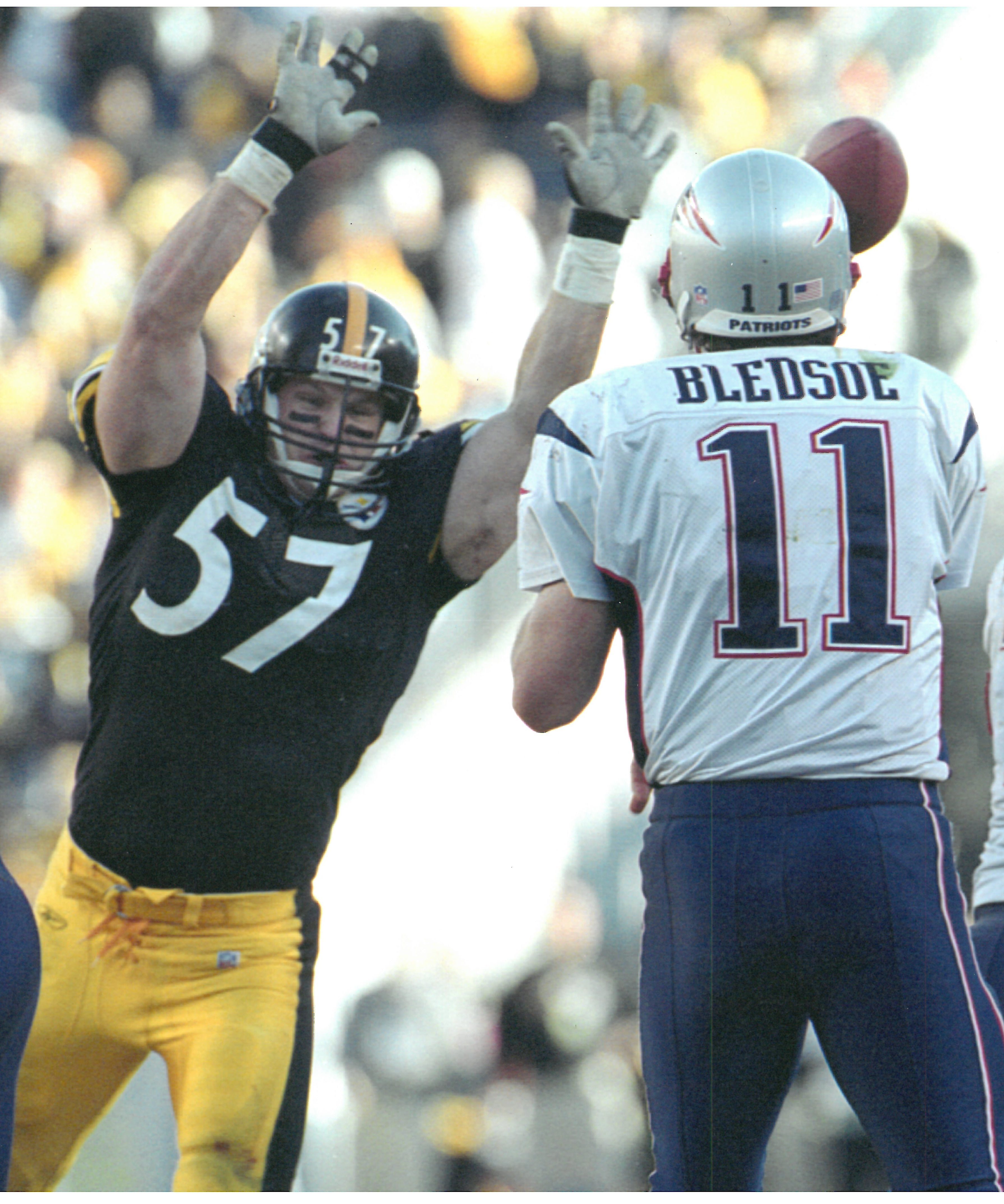 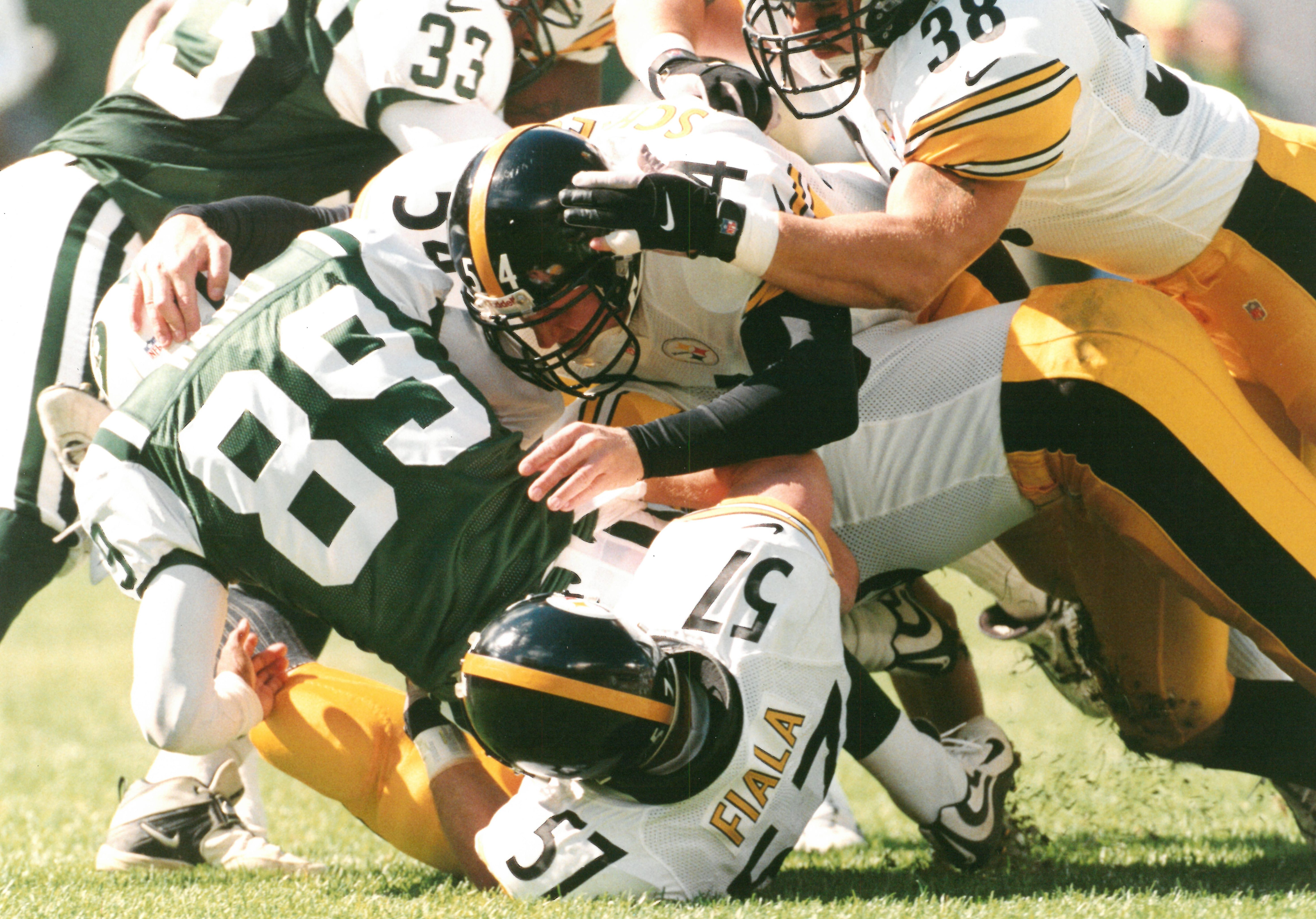 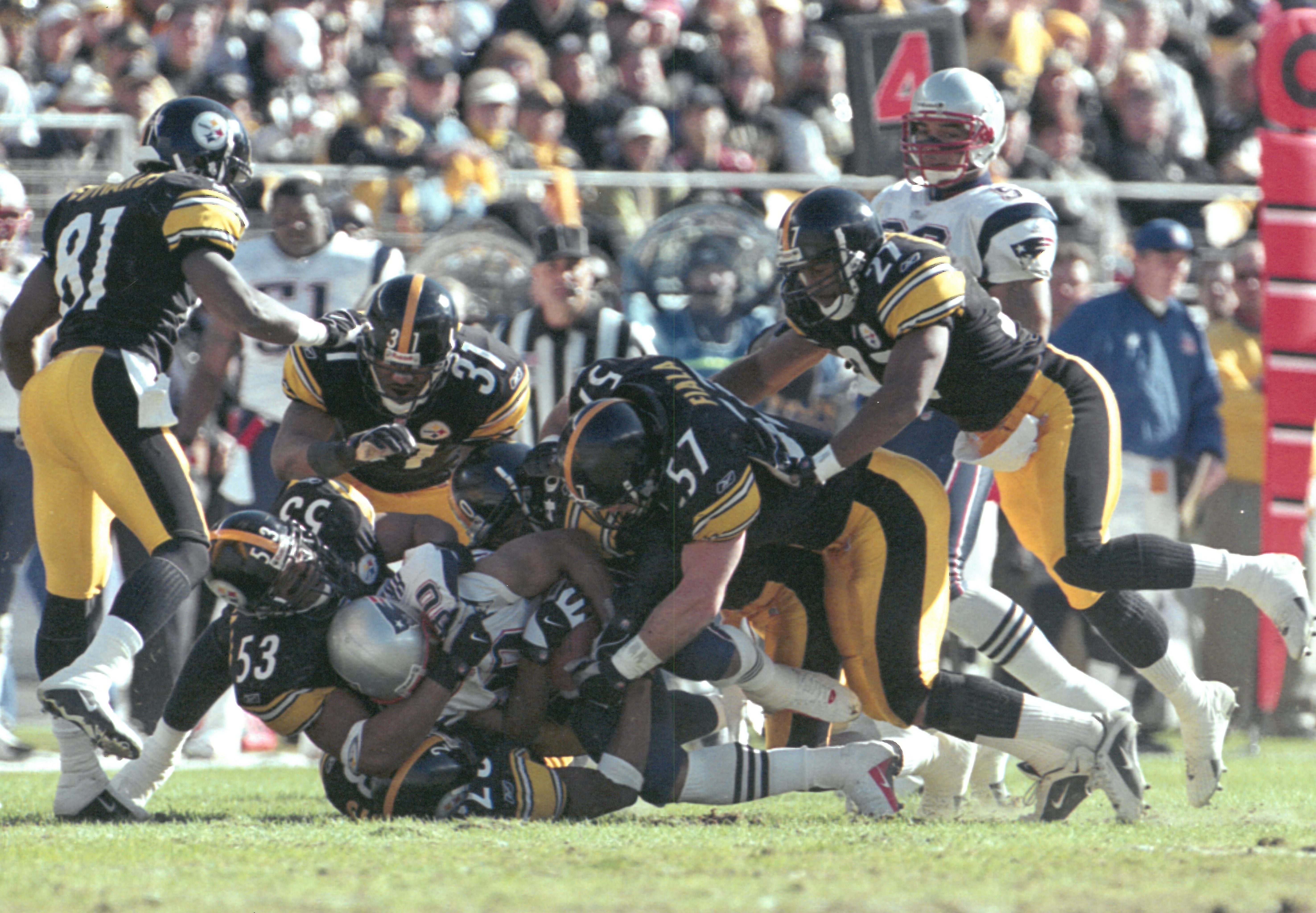